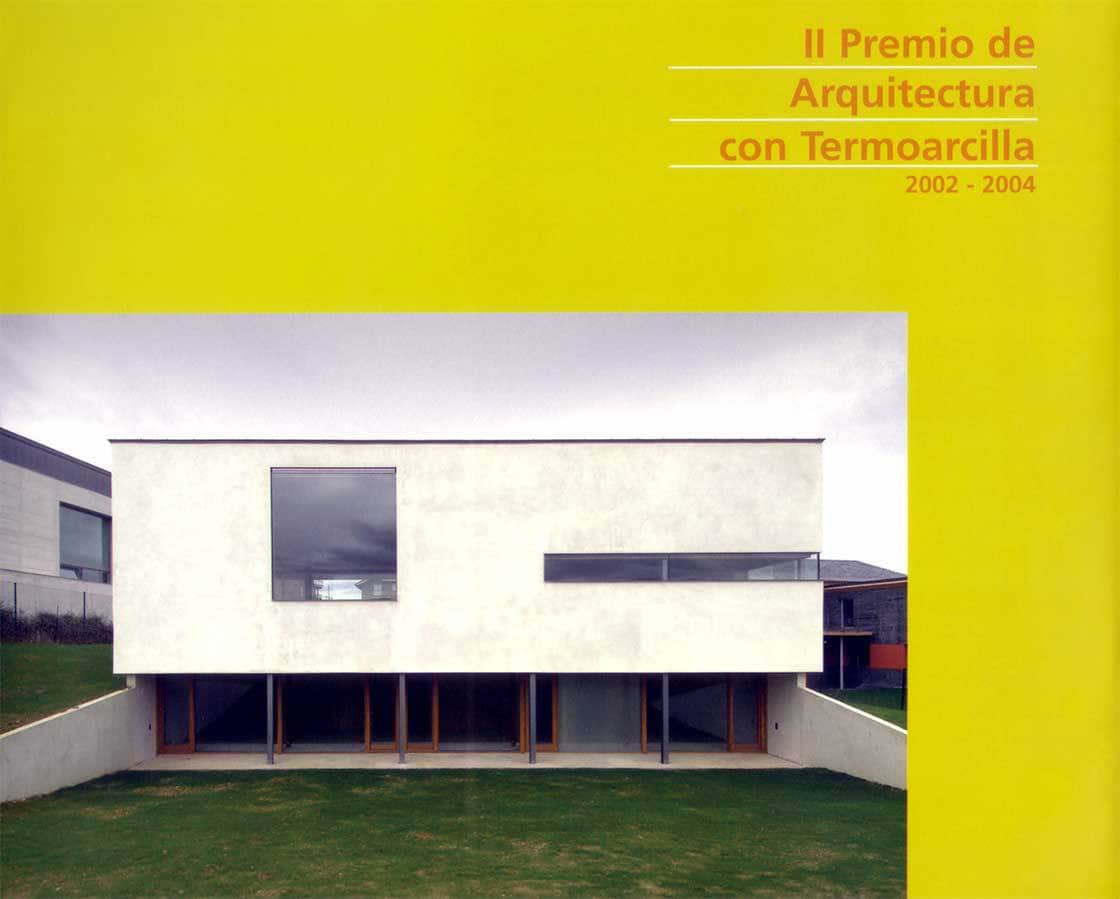 The commission consisted of building a 300m single family home with 250.000 €. The plot, a trapezoidal shape with a slope of 30%, is perfectly oriented to the south and allows, from its highest points, views of the sea and the town of Sitges. The terrain, predominantly made up of granite rock, discouraged the design of a house that needed a strong excavation for its implantation due to the cost and difficulties that could result. These parameters and the fact that the client was a retired German engineer, with a lot of experience in construction, allowed us to put into practice what could be called “raw” architecture, with no margin for waste or whimsical formal speculation, making the project an exercise in rigor.

The white walls end up providing good protection from the Spanish sun and their fragmented layout in the façade allowed the generation of a space halfway between a patio and a terrace on the upper floor, as well as a small transition space between the garden and each of the rooms on the lower floor, thus reducing the solar radiation that impacts and heats up the home.

Looking for that maximum flat surface possible, in anticipation of the use of a wheelchair, the house is projected on two floors. The ascent from the street will be done thanks to a lift platform that runs along the concrete walls that accompany the stairs. These become an artificial topography and order the garden as they rise towards the house.

The terrain was prepared for the landing of the device, strongly geometric, with two concrete walls: one generates the space to park 4 cars and the other defines the contact of the building with the land. The rest of the house’s envelope is constructed directly with Termoarcilla walls of 24 and 29 centimeters, forming a particular geometry that allows, on the one hand, the preservation of the views (avoiding the building opposite on the ground
floor and opening to the sea on the upper floor) and on the other hand the use of sun and shadow to disguise the massiveness that the construction of buildings with load-bearing walls tends to produce.

In the interior the spaces are articulated along two enormous closets that hold everything and allow you to always have it on hand. On the upper floor, the space is diaphanous and totally flexible: it is the primary living area of the couple who owns it. On the lower floor, the folds of the wall generate the guest rooms which have direct access to the lower garden and the pool. These folds confer extraordinary structural strength to the load-bearing walls,
transforming the rooms into hollow columns.